The Manual for babies

Learn how to distinguish and handle each baby cry 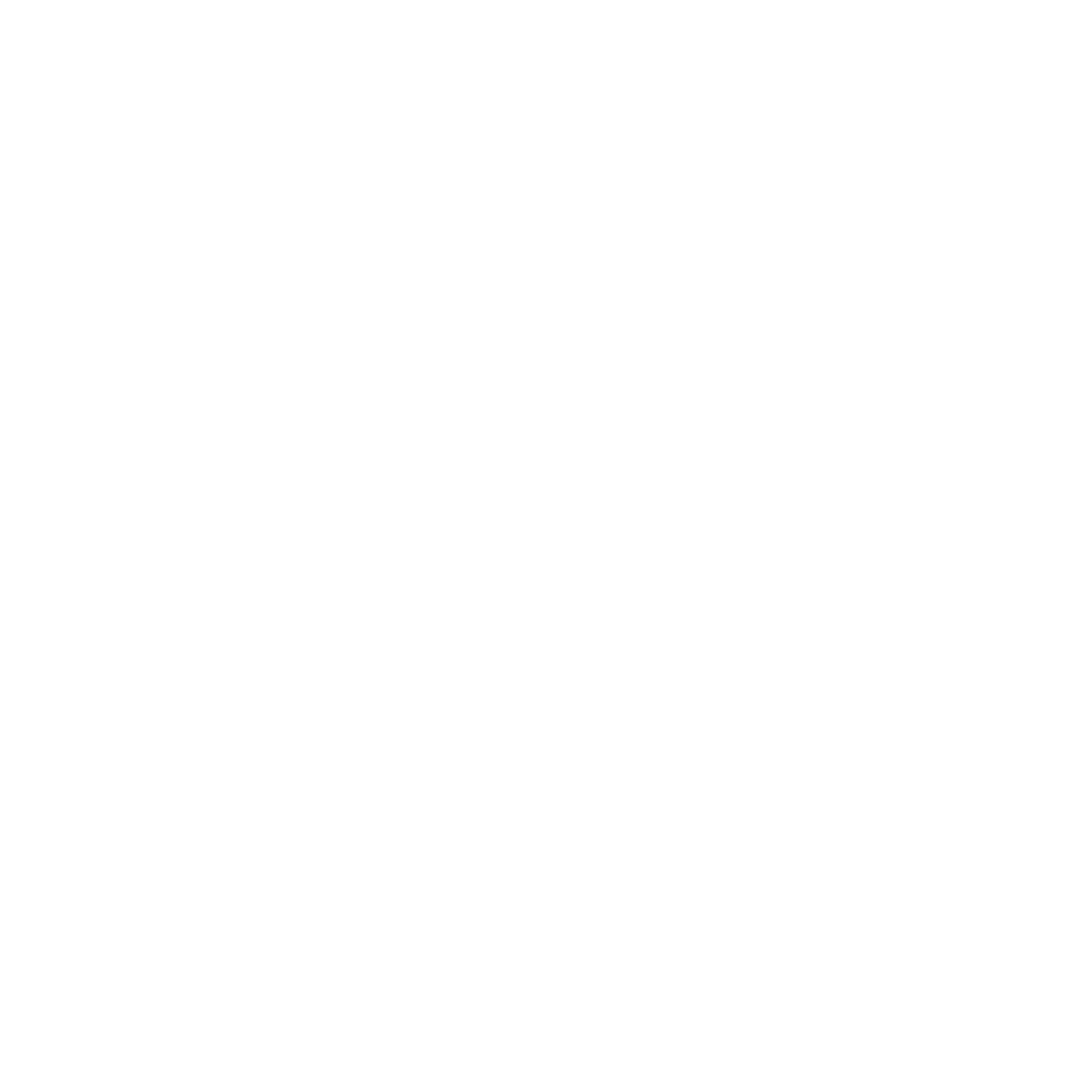 With every purchase in , to a

With every purchase in
to a 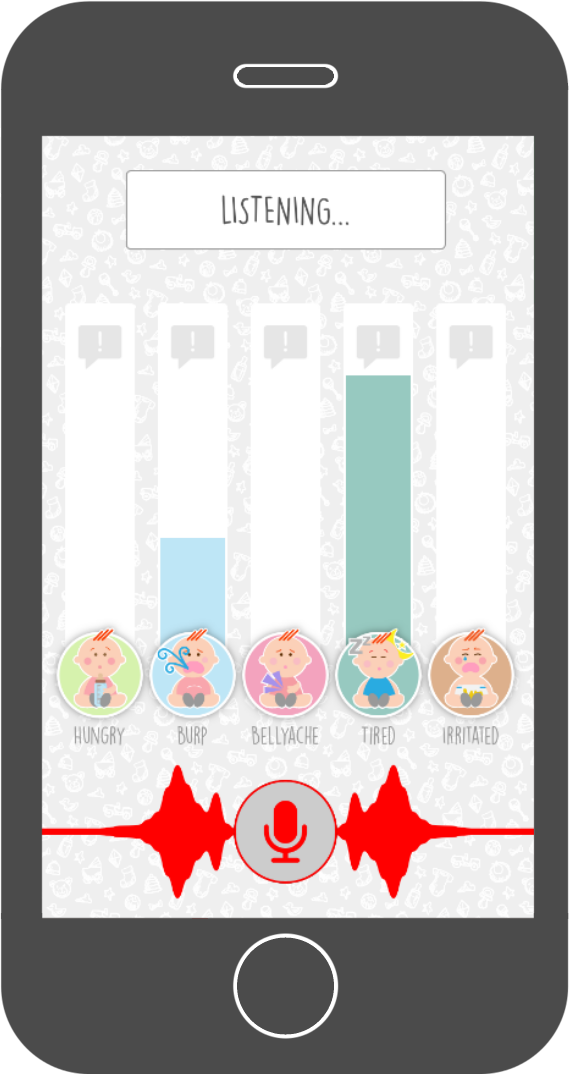 The Baby Language app teaches you the ability to distinguish different types of baby cries yourself. It comes with a support tool to help you in the first period when learning to distinguish baby cries. It points you in the right direction by real-time distinguishing baby cries and translating them into understandable language. 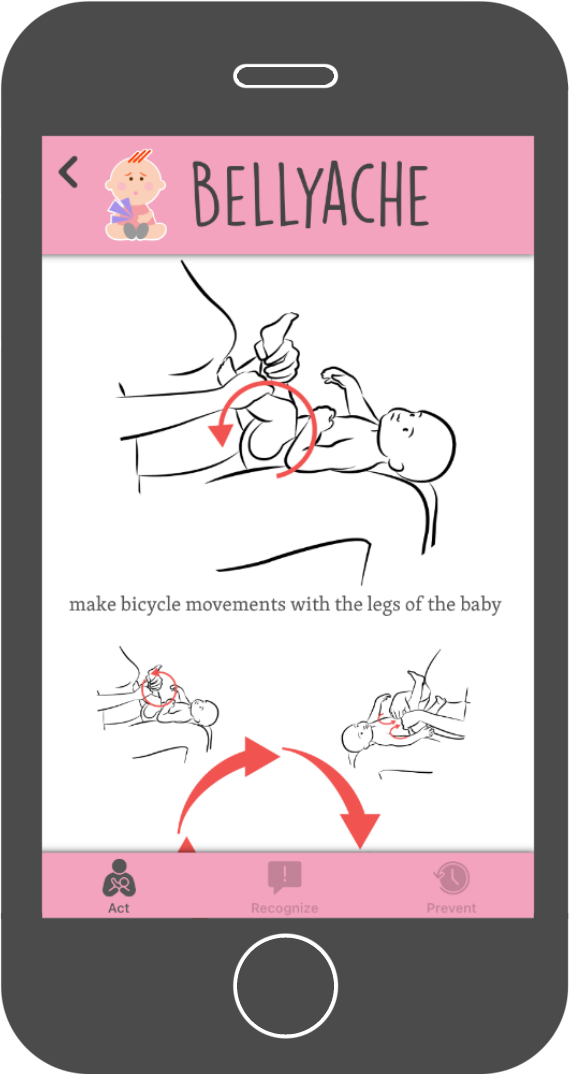 The Baby Language app shows you many different ways on how to handle each specific cry. It provides you with lots of information and illustrations on how to prevent or reduce all different kind of cries.

Great app! Really helpfull. After using it 3 weeks i could recognize what my twins need. THANK YOU!

I am a dad who struggles a little with the crying of baby this application helps me a lot to know what is bothering my baby. I recommend to all parents struggling with babies who cry a lot.

Love this app, it's for training your ear to help identify. Gives you great samples. Used for a day and I'm love. Very user friendly

it should be cheaper ! only used it 4 times.

our comment: please don't use the app only for the recognition tool, the sole purpose of the tool is providing support during the first stages of learning the cry distinguish skill yourself. The purpose of the app is to teach, its not the intention to use the tool endlessly to tell what to do and to stay ignorant yourself. After this review, we rated and lowered most prices according to the Big Mac index.

Thanks to this app we can understand what babies want to do and thanks to what we can care more about babies! I really like it

It is paid. It only lets you try it once and then go to checkout

(auto-translated from Spanish)
our comment: we have now extended the trial period from a few minutes to an entire day

Not bad for my son

our comment: the support tool is meant to distinguish different baby cries. To prevent too much filtering, it deliberately has no filter that validates whether a real baby is crying. That is why the tool also reacts to other sounds, but it only has the right meaning for a real crying baby and not a talking baby.

I'm a babysitter and I tried it, he didn't recognize me crying, I don't know why I'll try again in another situation

(auto-translated from Spanish)
our comment: the support tool does not work well with adults or children trying to imitate a crying baby

It's pretty accurate. Loving it.

Wow what a relief this app.me brought

handy app to get to know and discover the different cryments. As a guide, it doesn't have to be that way of course

Thanks to Baby Language I really got to know my child better. I now know how to find out what is bothering him and more important; How to prevent his inconveniences. He hardly cries 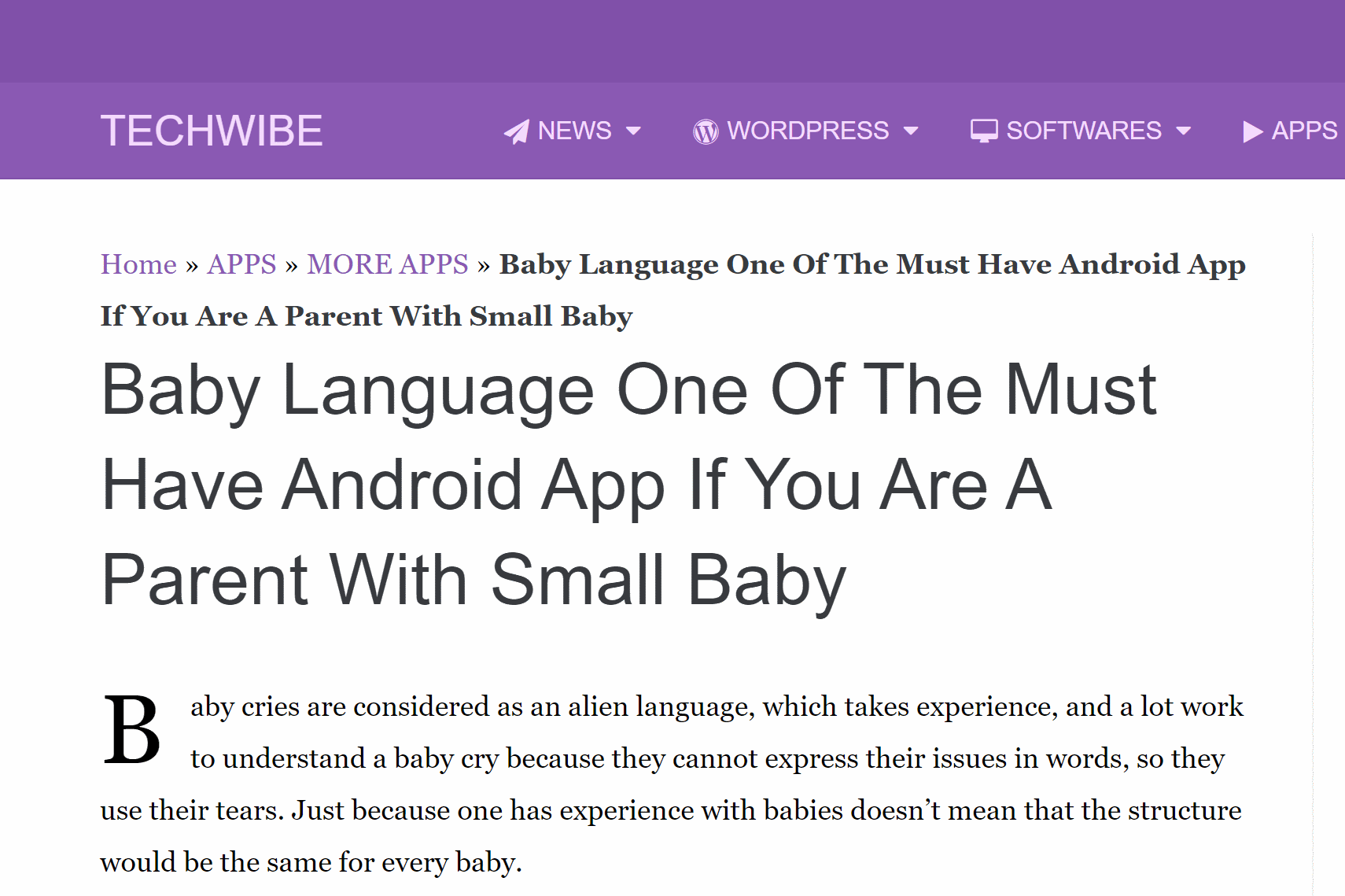 Papers and Researches:
Some Hypothetical theories:
Is this baby cry theory scientifically proven?
No, we have not conducted an official scientific study to investigate our specific theory, the theory is currently based on our own experiences, research papers from others and our own research into digital characteristics of different baby crying sounds. We are planning to start a scientific study in the future to further improve our theory. We will never focus on scientifically proving the correctness of our theory, because the theory can never be fully scientifically proven as a 100% fact and we always want to keep room open for discussion.

To give meaning to the above a quote from an article in Forbes:


If someone tells you a scientific theory has been proven, you should ask what they mean by that. Normally, they mean "they've convinced themselves that this thing is true," or they have overwhelming evidence that a specific idea is valid over a specific range. But nothing in science can ever truly be proven. It's always subject to revision.

This doesn't mean it's impossible to know anything at all. To the contrary, in many ways, scientific knowledge is the most "real" knowledge that we can possibly gain about the world. But in science, nothing is ever proven beyond a shadow of a doubt. As Einstein himself once said:
The scientific theorist is not to be envied. For Nature, or more precisely experiment, is an inexorable and not very friendly judge of his work. It never says "Yes" to a theory. In the most favorable cases it says "Maybe," and in the great majority of cases simply "No." If an experiment agrees with a theory it means for the latter "Maybe," and if it does not agree it means "No." Probably every theory will someday experience its "No"—most theories, soon after conception.
source: Forbes - Scientific Proof Is A Myth
Are there similar theories about baby cries?
Yes, there are similar theories, not all have the same in common with our theory. Basically all of the theories have a common component based on the principle that the sound of a baby cry has a relationship with the cause of the cry.

These steps are done by the recognition support tool:
The recognition tool doesn't check whether its really a baby crying or not. We have created such a check system in the past and filtered out the non-cries, but this resulted in missing some of the baby cries. Because of that the filter has been removed and all sounds are treated like a baby cry. This gives the best final result and the absence of this filter should not be a problem if you prevent background noise and won't talk through the recordings.